Students across Ozark School District are celebrating Veterans Day by honoring veterans in various ways throughout the week.

Fighting for freedom. Those were the words World War II and D-Day veteran Jack Hamlin said when asked his favorite part of serving our country. Hamlin served in the U.S. Coast Guard as a rescue swimmer. He was the guest speaker at the Ozark South Elementary Veterans Day Assembly Nov. 11, answering students' questions and inspiring many.

While Hamlin, who is 101 years old, may have stolen everyone’s heart, he was only one of many veterans at the assembly, as South students invited their family members who are veterans or are actively serving in the military. Veterans were treated to breakfast, before being the highlight of a touching and emotional Veterans Day Parade through the hallways.

The event culminated with the assembly where students learned about Honor Flight of the Ozarks. South students wrote hundreds of letters and presented them to Honor Flight representatives. The letters will be passed out to veterans at the next Honor Flight in May. 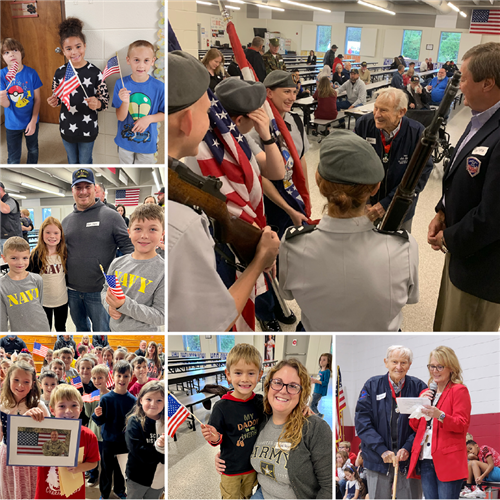 I Love the Flag

In honor of Veterans Day, West kindergartners in Kayla Agans’ class have been learning about the Pledge of Allegiance, patriotism and how to respect the flag. They are making thank you notes for veterans and even learned a poem, “I Love the Flag.” 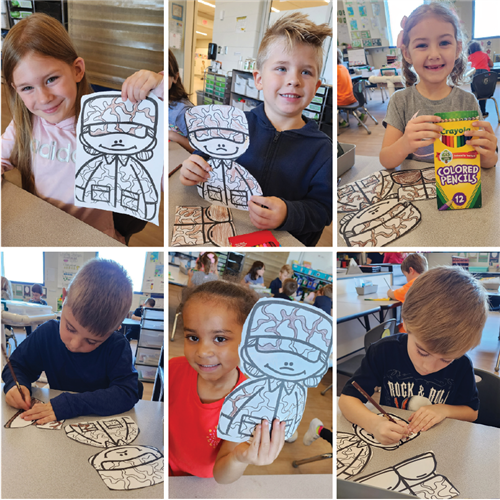 “I’m writing this letter to thank you for serving our country …”
East third graders have been writing letters thanking veterans for their service, as well as asking questions about their life, such as “what branch of the military did you serve in” and “what is your favorite color.”
Students are attending the Branson Veterans Day Parade Friday where they will pass their letters out to veterans. Each letter also includes an envelope with East Elementary’s return address so the veterans can write a letter back. Students are always excited when they receive a letter in return from a veteran! 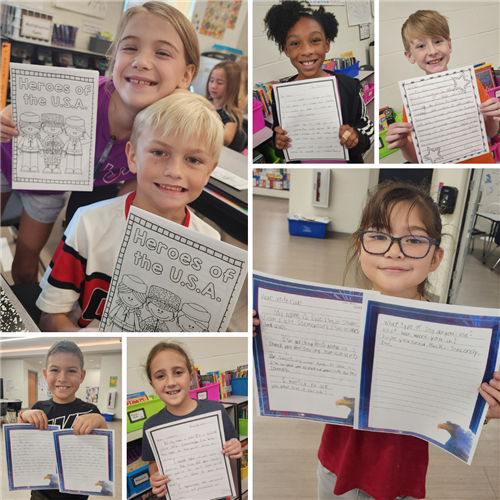 North third graders in Ashley Penrod’s class brought in names and addresses of family members or friends who have served or are currently serving in the military. Students then wrote letters, thanking them for their service. This class will send out nearly 30 letters to veterans all over the United States.

They also made a Wall of Honor in their classroom with photos of veterans.  A few of those veterans stopped by on Veterans Day to speak to the class about their time in the service. Pictured above is Greg Sitzes, who served in the Marine Corp. 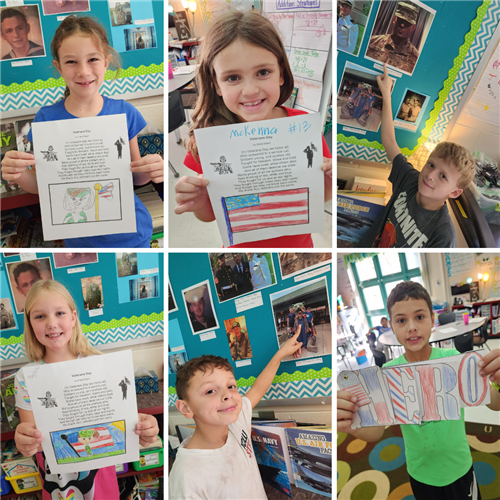 South Elementary fourth graders learned how to set a White Table in honor of all of the veterans who have served. Sid Smith with the VFW displayed the White Table setting and explained their meanings to students. Each part of the table represents something a soldier and their family may have felt or gone through. Each student also received a remembrance poppy. 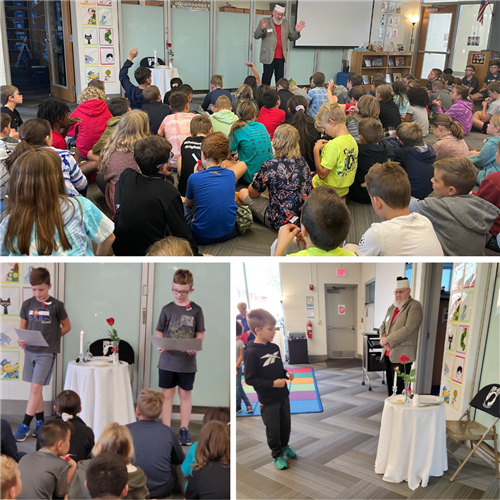 Did you know our superintendent, Dr. Chris Bauman, is a veteran? He served in the National Guard for 22 years. On Veterans Day, he visited Mindy Frazier’s third grade class at North Elementary to talk about his time in the military. Students also brought in names and addresses of family members or friends who are veterans and then wrote thank you notes to them. 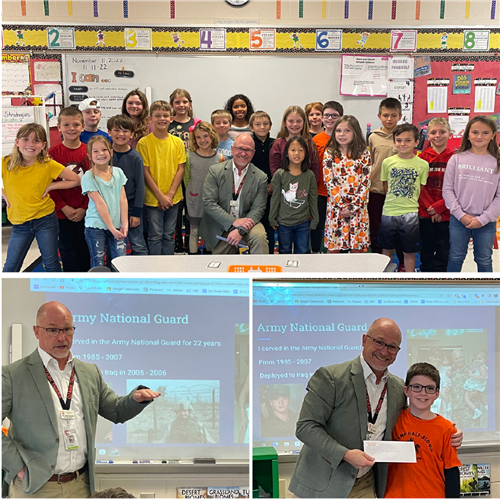 Fifth grade ELA classes at Ozark Middle school honored Veterans Day by writing letters to family members that were, or currently are, in the service. Photos of those family members were displayed on the wall. 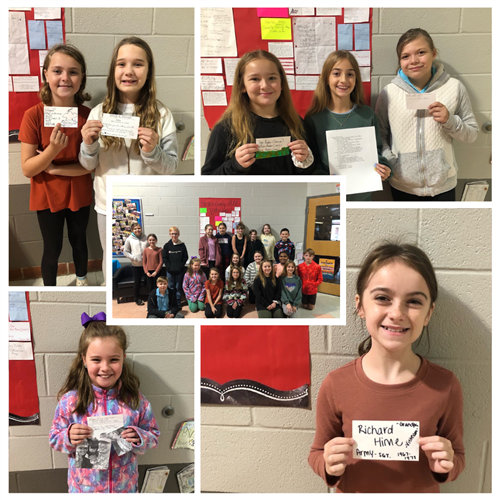 Veterans Day at the Senior Center 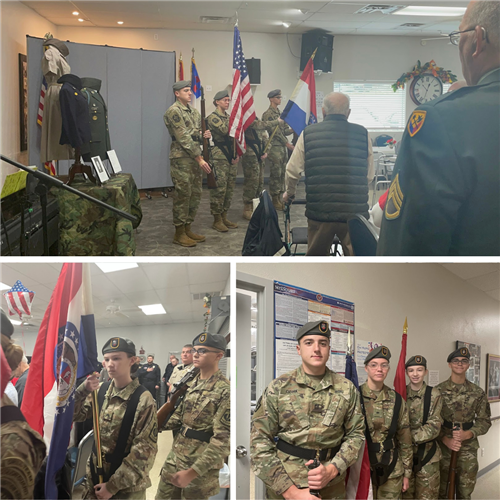