The Ozark High School choir program featured 30 students who performed with the South Central All-District Honor Choir on Nov. 6. Additionally, auditions were held for All-State Choir for 11th- and 12th-grade students who were ranked in the top-25 in their respective sections across the district. Ozark’s Ilya Kozlov, Hanna McConnell and Kaitlyn Wilson were honored for their performances as they were named to the All-State Choir.

The event, which was held at Central High School in Springfield, brought 400 performers from across the district together for a concert performance as well as the auditions for the All-State Choir. Following All-State auditions, the students were split into two separate choirs – 9th/10th and 11th/12th – and spent all day rehearsing before performing a live concert to close out the day.

“We are so proud of our students and are excited for them to experience singing in such a prestigious ensemble,” said Ozark Assistant Choir Director Connor Gately. “These students come in and give their best every day and we can’t thank them enough for their leadership.”

The All-State Choir is made up of 200 of the top 11th- and 12th-grade singers in the state as the honorees will go on to perform at the Missouri Music Educators Association conference in January. 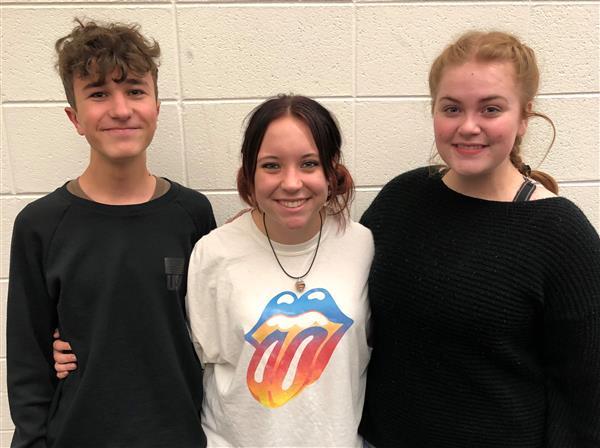 Pictured from left, Ilya Kozlov, Hanna McConnell and Kaitlyn Wilson were named to the All-State Choir.