Across the Ozark School District, the buildings were full of red, white and blue as schools commemorated Patriot Day on Sept. 10.

With this year being the 20th anniversary of 9/11, students were encouraged to wear red, white and blue attire and engaged in an array of Patriot Day themed activities.

At the elementary level, a few books and creative activities helped students understand the importance of Patriot Day and the heroes who are associated with it.

East Elementary fourth graders read “The Man in the Red Bandanna” by Honor Crowther Fagan. The book tells the story of Welles Crowther and how he became a hero on Sept. 11, 2001, when he helped others exit the World Trade Center South Tower.

Students then talked about character traits of a hero — brave, generous and kind were a few mentioned — before being given this writing prompt: I think a hero is… Their own red bandannas describing heroes will hang in the hallway at East.

North Elementary second graders spent the day learning about New York City, first responders and heroes as they read books about Sept. 11, 2001, including "Fireboat" as well as “The Man in the Red Bandanna.” Students discussed the characteristics of heroes, wrote letters to first responders and even made a NYC skyline. Students who completed good deed papers also received a red bandanna for "doing good without expecting reward."

At OHS, students took part in interactive projects throughout their classes, including an exercise that honored the heroic efforts made on that day.

The Current Affairs class climbed 110 flights together as a class. Each student climbed six flights wearing a backpack to remember and honor the firefighters and first responders, police officers and port authority officers who were lost on Sept. 11, 2001.

Even Interior Design students were tasked with a Sept. 11 tribute related to the architecture and symbolism of the 9/11 Memorial and Museum. The class was divided into teams and simultaneously worked on a shared project. Each team had a specific prompt or criteria they researched. The finished slides were shared with the class and described by each slide creator.

Members of the Ozark JROTC team will participate in the “We Remember” ceremony at Big Cedar Lodge at 1 p.m. on Sept. 11.  The 2021 National Champion Ozark Mountain Guard drill team will perform during the event, which will also feature ninth-grader Asa Wells, who will play “Taps” on the bugle. 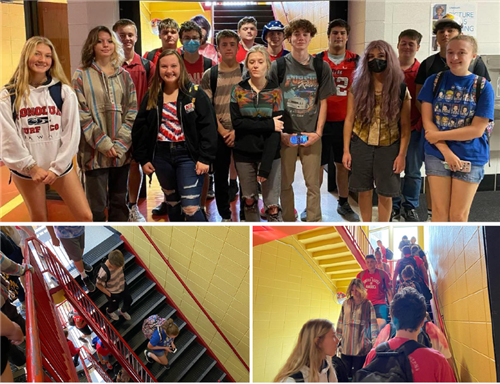 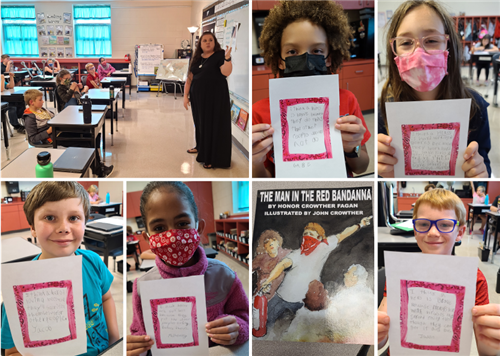 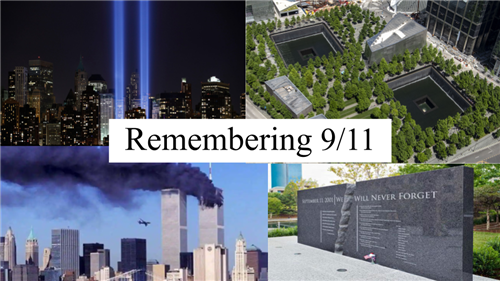