The team shot their Army National Championship targets March 27-28, and mailed them in to be scored as a sanctioned nationals championship. Due to COVID-19 the team was unable to travel to Anniston, Alabama, to compete in person.

“I am proud of these athletes. Their hard work, dedication and commitment resulted in our national championship this year. We cannot rest on our laurels, we must sharpen our focus on preparation for next season,”  said 1SG William Crawford, who leads the rifle team. “I have an acronym I use which is QRST — Quiet your mind; Relax your body; Sharpen your focus; and use a Trusting mindset when competing.”

Cadets Sydney Broussard and Rachel Hartzell also earned their Junior Distinguished Shooters Badge, which is no easy feat. Cadets must earn 30 EIC points, 10 of which must be earned at a national competition. These cadets were presented their award at the awards ceremony April 15.

Both the Sporter and Precision teams placed first in the Missouri State Championship in January. This last time the Ozark Rifle Team won a national championship was in 2014. 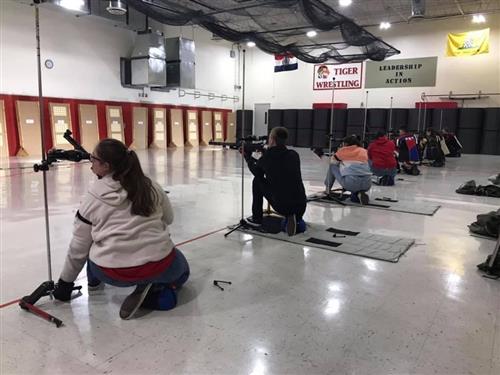