The Ozark High School Army Junior ROTC Rifle Team competed in the Missouri State Championship Jan. 30 at the  Missouri Military Academy, bringing home first places in both the Sporter and Precision divisions, as well as a new school record.

“I am extremely proud of all the team has accomplished and impressed with our success,” said 1SG William Crawford, who leads the rifle team. “This can be attributed to two things: Commitment and hard work, as I tell the kids ‘if you compete against others you become bitter. If you compete with yourself you become better.’ (author unknown).”

“I am so proud of Elijah as I have watched him put in the time for three years and knew that it was going to culminate in something fantastic,” Crawford said. “He has a bright future. I am excited to watch him achieve this accomplishment and grateful to have one more year with him.”

OHS now holds two records. Glenn set a sporter record of 564 out of 600, and graduate Tyler Ferguson has a national record for kneeling with 197 out of 200.

Currently, the New Shooter League (first-year shooters) is underway virtually, and has a match at Webb City Feb. 20. The Sporter and Precision teams will compete in the Missouri Junior Championship Feb. 26-27 in Ozark with the National Championship virtual competition slated for March. 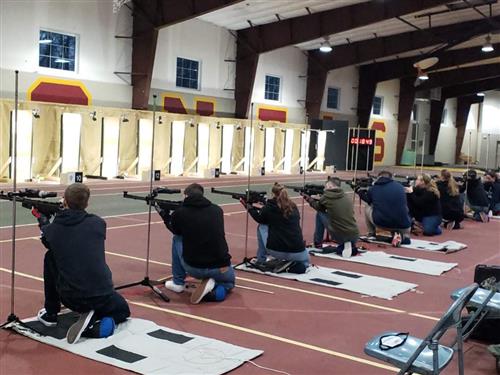