Dec. 5 was a busy and successful day for the Ozark High School Army Junior ROTC as the Drill Team hosted the Tiger Drill Classic and the Rifle Team competed in the Gary Anderson Invitational Rifle Meet in Anniston, Alabama.

Rifle Team
After months of long hours of practice, the Ozark Rifle Team had 14 members travel to Alabama, placing as follows:
Sporter Division

Although Ozark’s armed and unarmed teams did not participate in this event, many cadets represented Ozark in a solo or dual performance, placing as follows: 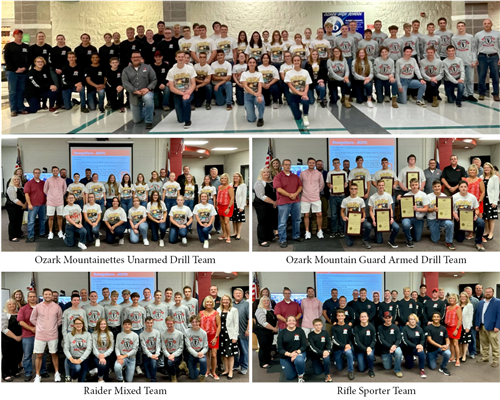