Did you know that in Haiti, many mothers don’t have diapers for their babies?

Ozark High School FCCLA students were heartbroken when they learned that fact, so they decided to take action, staying after school to sew cloth diapers.

“My sister, who is a missionary in Haiti, told me that many of the Haitian families do not put any type of diaper on their baby bottoms,” said FCCLA advisor Teresa Picard. “So she mentioned to me that if a mom had at least two diapers, she would use one a day, while the other one was being washed, then switch them the next day.  It broke my heart and I shared that with my FCCLA students. They decided right then they wanted to sew some diapers to send to Haitian babies.”

Picard’s sister, Lisa Berg, was in Missouri for a visit in February, so Picard passed along the homemade diapers as well as a small homemade infant blanket. On March 27, those FCCLA students were awarded for their hard work with a photo of Berg with a Haitian mother and baby and, of course, a cloth diaper. Berg had spent the day with a team of doctors at a Haitian baby clinic where she was able to pass out many of the cloth diapers.

"We had the opportunity and resources to make a difference, so we as a club decided this was something we could do to help meet a need of families in Haiti,” said OHS senior and FCCLA President Kaylea Robertson. 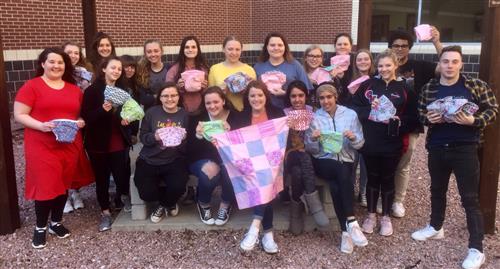 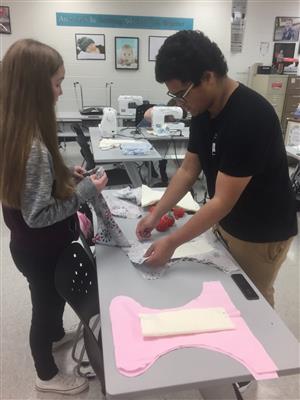 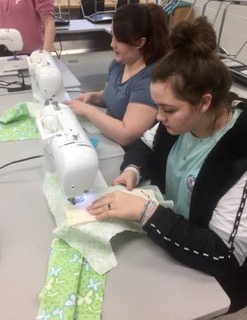