OJH Student Writes Article About 'A Hero Among Us' 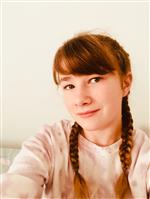 Ozark Junior High students in Missi Hesketh's KITES class were recently challenged to "look for the heroes" in the community. They were then tasked with interviewing the hero and writing an article to submit to the Christian County Headliner News. Eighth-grader Bella Eagan interviewed Ozark Police Chief Justin Arnold. Ozark School District is thankful to live in a community that supports our students wholeheartedly. KITES — Kids In Talented Educational Studies — is Ozark's gifted program.

Justin Arnold: A Hero Among Us
By Bella Eagan

The hunt for the perfect replacement for the next Chief of Police began when Tim Clothier, who carried the title from 2015-2019, retired. Who better to take his place than a hardworking, brilliant leader such as Justin Arnold?

Rising Through the Ranks

Justin Arnold, the newest Chief of Police, began as a simple patrol officer in 2005. In 2007, he was promoted to the role of Narcotics Investigator. Chief Arnold earned his Bachelor’s degree from Drury University in August of 2009. He continued to get his Master of Sociology/Criminal Justice in December, 2018 from Lincoln University. He continued to rise until he steadied out as Chief of Police.

A Sense of Purpose

In my brief interview with Chief Arnold, he talks about his accomplishments, and what he hopes to change for the better. He reports that crime is low and satisfaction is high. He says that his proudest accomplishment is the amount of interaction they’ve had with the youth of Ozark. He says, “Historically, we’ve done a  lot of things to engage with adults and senior citizens.” He believes that interacting with the younger generation might inspire them to become police officers later in life. 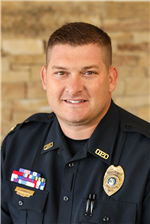 Chief Arnold was Deputy Chief of Police before he was promoted, so being Chief of Police came somewhat naturally. He loves his job, and he believes his family does, too. He says even though every position in law enforcement is different, each one is essential.

A small recap concludes that Chief Arnold has done many great things to move both the police department and Ozark forward, and that he is very happy on where he settled. Law enforcement is different everyday, and that’s one of the joys of working there. Being in law enforcement gives you the opportunity to protect and help others, one call at a time.